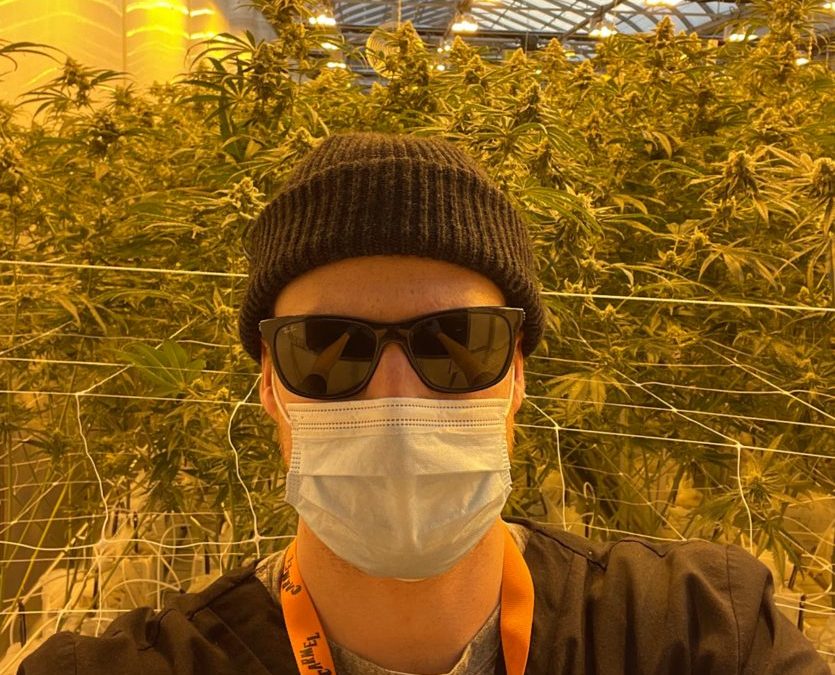 Terpenes are mentioned all the time in the cannabis sphere. It’s not unusual to hear that a strain is packed with terpenes, but for someone that may just be getting into cannabis, there can be a lot of misconceptions and misinformation about what terpenes are.

As always, our team at Highland has your best interests at heart and wants to share the knowledge so the next time you’re in our shop, you can fully be in the know.

For this particular topic, we’ve asked our friends from Carmel Cannabis to share some of their knowledge, and what some common misconceptions are about terpenes.

Who is Carmel Cannabis?

Before we get into that, we want to share a quick refresher on what terpenes are.

Terpenes are naturally occurring chemical compounds found in plants. In cannabis plants, they can be found in the trichomes, which are the sticky resinous glands of a female cannabis plant.

John Strauss, the Ontario Sales Manager at Carmel Cannabis, explains, “Terpenes are the aromatic compounds found in many plants. These compounds help to determine the smell of many plants and herbs.”

While one terpene alone won’t have much of an effect, it’s when they are working together that they create the high that is experienced by users. As Strauss tells us, the entourage effect is responsible for creating the unique high.

“The biggest factor that terpenes play is that they combine with all the cannabinoids and other compounds found in cannabis to help to create the ‘entourage effect’.”

What is the Entourage Effect?

“The entourage effect is essentially the idea that every single factor of the cannabis plant is involved to create the effects that someone experiences upon ingesting cannabis.” Strauss shares, adding, “if you don’t have any terpene profile in a cannabis plant, you would not have the same experience as a plant with a large terpene profile.”

An example of this would be the Live Resin and Distillate conversation, there will be more terpenes in a Live Resin Cartridge, compared to a distillate cart due to the extraction process.

The Most Common Terpene Found in Cannabis

Have you ever heard of Indica-dominant strains being jokingly referred to as “in-da-couch”? If you have, it’s because of a monoterpene typically found in Indica strains called Myrcene.

Myrcene is found to be naturally occurring in mangoes, hops, lemongrass, and ylang-ylang. This terpene has been reported to have analgesic, sedative, antidiabetic, antioxidant, antibacterial, and anti-inflammatory effects. The critical culprit for that “in-da-couch” feeling associated with Indica high— Myrcene is a herbal and earthy terpene that has a notably physically sedative effect on consumers.

There are many other terpenes that work together to create flavour profiles – here are some of the common ones you might find and their associated effects:

Why Do Terpenes Matter?

“Terpenes matter because each unique terpene profile helps dictate the experience you will have when consuming cannabis.” Strauss tells us, “you can often tell the quality of cannabis-based on how high the terpene percentage is. For example, well-grown craft cannabis is usually coming in at 2% terpenes plus. While cheaper, commercially grown, lower-grade cannabis often struggles to get over 1.5% terpenes.” Strauss explains that because of this, “many seasoned smokers can tell whether they will like a strain or not based upon the terpene percentage alone.”

What Are Some Common Misconceptions about Terpenes?

Strauss says that one of the biggest red flags that the industry is seeing is false advertising. Some producers have claimed that artificial terpenes can let off the same effect as terpenes found in a plant. Strauss tells us that that is not true. He shares that it’s not possible to replicate the exact profile by finding some botanical terpenes that smell similar. “Each unique genetic has its own makeup of 100’s of terpenes and cannabinoids that give it its effects.”

What Have We Learned Today

Something to consider when purchasing cannabis is to observe what terpenes are in the cannabis and to make note of what kind of vibe you’re after.

“Terpenes play a huge role in the smell, flavour, and effects in strains. I personally shop for cannabis based on terpene profiles, as I find this is the best way to dictate how the genetic will affect me.”

If you’re looking to be alert and pay attention to an intricate video game, maybe a myrcene dominant strain isn’t the best-suited option. Instead, you’d try a terpinolene that improves focus and alertness. Whatever vibe you choose, our team at Highland is available to assist to help to make an informed decision about terpenes.

Highland Cannabis is an independent, locally-owned dispensary that specializes in cannabis retail in Kitchener, Ontario. Owners Owen and Niki Allerton, both former corporate leaders, founded the mom-and-pop cannabis shop known for its award-winning design and stellar customer service in February 2021.